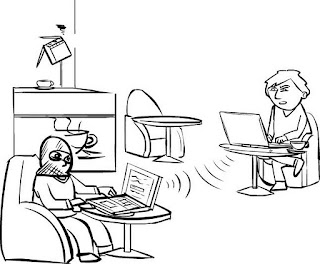 According to Business Insider, the CEO of a major social network used its trusted database of user passwords in order to hack into one of its user’s email accounts. The hack was based on the guess that this user probably accessed all of their accounts using the same password.

Although the cloud has provided us with some amazing new tools, it’s also created the need for increased end-user education and policy enforcement.

Yes, it’s true that nearly all cloud providers act ethically. They invest heavily in security as a means of protecting their reputations. But also, there are laws which strictly dictate how they must handle and protect their client data.

In fact, most data leaks and privacy breaches are the result of “insider jobs” by people who had physical access to the victim’s computer or storage media. (It would be much easier for me to steal your laptop from your home, than for me to break into Google’s datacenter and steal the hard drive that stores your Gmail content).  But it only takes one bad apple or one security leak to put your password into the wrong hands. And once that happens, then all of the other accounts which depend on this password will be compromised.

There are a number of ways that you can protect yourself from the possibility of having your password stolen in this manner.

One simple way would be to make use of sites which feature single sign-on (such as OpenID), or where a single login would let you access multiple services (like your Google account). There are also a number of specialized apps which let you manage multiple online accounts from a single interface.This has the advantage that your credentials are only stored in a single central repository. (Every time you make a copy of a password, the chances of a data breach go up).  Of course, this still leaves you open to a breach in the event that someone steals your password, but at least it makes such breaches more difficult. Also, such a breach might leave suspicious activity patterns that could get flagged and blocked. (ex: Many SaaS providers can block or flag access coming in from a anonymizing proxy)

The ideal scenario would be to have some sort of multi-factor authentication that requires access from a specified IP address. At the moment, only a few SaaS apps offer this ability.

If you choose to aggregate your credentials in this manner, you should only do so for low-priority online services. Any services that require the handling of sensitive information should have their own dedicated unique highly-random passwords.

Another method for managing multiple accounts using a single set of credentials would be to use a single password which is scrambled using a hint that is unique to the account in question. For example, a user whose password is “pUpp1e5” could combine this password with the web site name and create an MD5 hash where the first 10 characters would be the new password.  So the password+site string “pUpp1e5 salesforce.com” might hash to “50f49dd6f3f838fb74ca1b7de5898c48”. And the new password would be 50f49dd6f3.
But the absolute best way to prevent you passwords from being used against you would be to generate and memorize completely random passwords for every account you open. Although this takes a bit of discipline, it’s not as hard as it sounds.

Many people will rely on mnemonic systems which turn these passwords into easy-to-visualize sentences.
For example:
“Y!14gtP” could be turned into “Yolanda surprised 14 green turtles named Peter”
Although these mnemonic systems are ok for short-term memorization, I’ve found that their effectiveness is overrated. For a number of reasons – which would take too long to go into for this article – I find that there’s no substitute for good old-fashioned memorization through repetition.

Here is a technique that works for me.

You can now go ahead and destroy the written or saved copy of the password. By this point, you should have the password memorized for life. (Or until you’re ready to change it again)
Now that we’re living in the “cloud age”, users need to be more aggressive than ever when it comes to maintaining effective password management habits.

About The Author:
For over ten years, Storagepipe has been providing online server backup services that help companies maintain the safety, security and confidentiality of their private data.