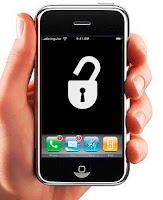 Now a days, attackers targets smart phones rather than the Desktop.  The number of malware application for mobile is increasing.  Infected mobile can be used to steal confidential data or  send out expensive text messages without a user’s consent.

Some Top tricks used by attackers:

In order to stay away from these type of risky application, McAfee released 5 basic Mobile Security Tips.