“Blackbuntu is a Linux distribution for penetration testing which is specially designed for training security students and practitioners of information security. It is currently built on Ubuntu 10.10 with the Gnome desktop environment. Blackbuntu will also include the KDE desktop in the final release of Blackbuntu Community Edition 0.3. It is not included in 0.1, 0.2 or the current 0.3 betas.“ 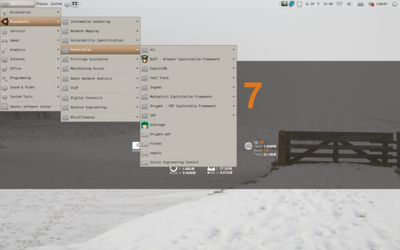