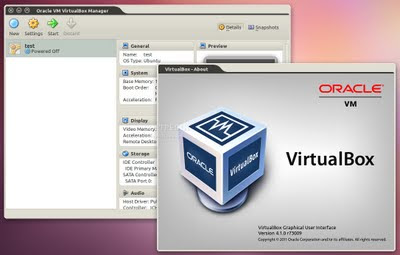 VirtualBox 4.1 final is released for Linux. It is a general-purpose full virtualizer for x86 hardware, targeted at server, desktop and embedded use.

This version is a major update. The following major new features were added:

VirtualBox is the most popular virtualization software, now owned by Oracle after it bought Sun Microsystems. It works on all major 32-bit and 64-bit platforms, and supports a large number of guest operating systems.

Oracle VM VirtualBox allows users to create “virtual machines” in their host operating system so that they can install any guest OS, facilitating the development, cross-platform running and testing of multi-tier applications on a single computer.