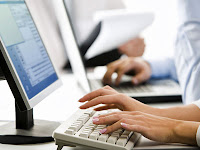 Often you can heard a word spyware. Is it important to know about spyware ? Yes!
We are in advanced technology world. Day by day the technology is developing. At the same time crime is also increasing. One of the crime is spyware method.

Spywareis software that resides on a computer and sends information to its creator. That information may include surfing habits, system details or, in its most dangerous form, passwords and login information for critical applications such as online banking. Many spyware programs are more annoying than dangerous, serving up pop-up ads or gathering e-mail addresses for use inspamcampaigns. Even those programs, however, can cost you valuable time and computing resources.
According to a number of sources, the first use of the term spyware occurred in a 1994 posting that made light of Microsoft’s business model. Later, the term was used to describe devices used for spying, such as small cameras and microphones. In 2000, a press release from security software provider Zone Labs used the current meaning of spyware for the first time and it’s been used that way ever since.

How it comes to ur pc

Often, spyware comes along with a free software application, such as a game or a supposed productivity booster. Once it’s downloaded to your computer, the functional element of the software works exactly as promised, while the information-gathering system sets up shop behind the scenes and begins feeding your personal data back to headquarters.

The Best way to avoid and remove spywares is installing a best internet security software or spyware remover softwares. Get a original internet security and update it properly. Scan daily your pc using internet security while scanning you better to avoid doing other things in your pc. My advice is use KASPERSKY INTERNET SECURITYfor better security.

other than internet security, you prevent your system from getting infect. Becareful when you download files from websites and mail.