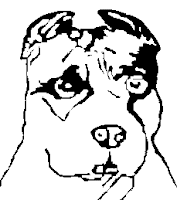 Pytbull is shipped with about 300 tests grouped in 9 testing modules:

Pytbull easily adapts to your environment, whatever your IDS/IPS (Snort, Suricata, …) and your architecture (standalone mode, gateway mode).
There are basically 2 types of architectures:

Depending on the mode you choose, tests are processed differently (e.g. use of a reverse shell in standalone mode to simulate a client that downloads malicious files)

There are basically 6 types of tests: